Time is Up: Stop Missing Out by Dr. Froswa Booker-Drew

Time is Up:  Stop Missing Out

Despite being quarantined, it feels as if many of us are busier at home than we expected.  I think we are all learning that technology can keep us connected and we can still make things happen.  I recognize in this opportunity, I am so blessed because there are those who are on the front lines daily in our hospitals, restaurants, auto shops, and other businesses that have been open since the beginning and those who are now returning since many of our cities are opening up.  No matter which scenario may be your reality, please be mindful that we are still in a pandemic.  As we struggle with a health crisis globally and another one, racism, in the states, we must stay vigilant in both but using caution to protect ourselves physically, mentally, psychologically, and spiritually.

There is power in protesting and demonstrating what can happen when the collective stands up against evil.  Christians are called to stand up against injustice and it is amazing how silent many of our churches are on this issue.  I was recently sharing with an audience on Juneteenth the historical context that informs our current reality.  Racism has been a common thread throughout America, especially as a part of our existence starting in 1619. The first Africans were brought to this country which resulted in generational enslavement and up until now, there has been this ongoing struggle to be treated not just equally but for there is an outcry and demand for equity in every area of our lives. Even during a pandemic, the impact of racism was evident for the African American community.  Statistical data demonstrated not only the disparities in healthcare, but this has been ongoing as data proves inequities in generational wealth, incarceration, education, poverty and so many areas that impact our community.

Racism and discrimination are not new in World History.  In Acts 11: 4-10 (MSG), Peter explains a vision that was a sheet filled with animals that were considered unclean.  “Recently I was in the town of Joppa praying. I fell into a trance and saw a vision: Something like a huge blanket, lowered by ropes at its four corners, came down out of heaven and settled on the ground in front of me. Milling around on the blanket were farm animals, wild animals, reptiles, birds—you name it, it was there. Fascinated, I took it all in.7-10 “Then I heard a voice: ‘Go to it, Peter—kill and eat.’ I said, ‘Oh, no, Master. I’ve never so much as tasted food that wasn’t kosher.’ The voice spoke again: ‘If God says it’s okay, it’s okay.’ This happened three times, and then the blanket was pulled back up into the sky."  Peter’s background taught him that those things in the sheet were not good even though they were created by God. Even in the early church, there were arguments regarding the value of those who were circumcised or not, Jew or Gentile and it was all based on belief systems that were immersed in ideology that calls for one group to be viewed as less than. Ethnocentrism continues to rear its ugly head to justify the mistreat of one group to elevate another with the sole purpose of control and power.   It is wild to me when the creation decides to reject what the Creator made.  Genesis 1:31 (NIV) sums up the creation story, "31 God saw all that he had made, and it was very good..."  We are all created in the image of God and God says it is good.

At the core of racism is a dignity issue.  It is not seeing the humanity in others which goes completely against what scripture states.  Racism is keeping our cities, our states, our countries from really experiencing the goodness of God by preventing others to exist in the fullness of God's design for their lives.  We are missing out on the goodness of what God created.  We are missing out on opportunities that could change our lives because of ignorance and understanding that what God created is good.

James Baldwin in The Fire Next Time in 1962 analyzes our current condition in the Church, “In the realm of power, Christianity has operated with an unmitigated arrogance and cruelty—necessarily, since a religion ordinarily imposes on those who have discovered the true faith the spiritual duty of liberating the infidels. This particular true faith, moreover, is more deeply concerned about the soul than it is about the body, to which fact the flesh (and the corpses) of countless infidels bears witness.”  I am reminded of a comment of a friend of mine who stated that many of us practice Buffet Christianity.  It is time for the church to stop picking and choosing what it believes only to justify its silence or bad behavior.  It is time we stop messing up and missing out on what God has for ALL of us. It is time that no more bodies bear witness to the hypocrisy and hate we’ve witnessed throughout history. 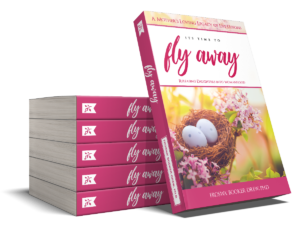 Please visit drfroswa.com for more information, to sign up for our newsletter or to receive a free copy of chapter one of my latest book, Fly Away.  Purchase your copy below as a gift for a recent high school and college graduate or a woman in transition that can benefit from the lessons that offer wisdom and hope in this season.