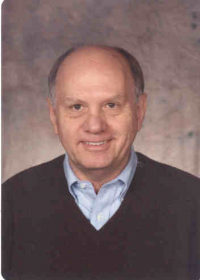 Robert E. Slocum is the Chairman of Polatomic, Inc., and founder of Slocum Geophysics and Integrated Photonics. Dr. Slocum founded Polatomic, Inc. in 1982 and serves as Chairman and Chief Technical Officer. Bob is also Founder of Integrated Photonics, the world’s largest manufacturer of synthetic garnet used in optical isolators for the Optical Internet, and Founder and CEO of Slocum Geophysics, a geophysical exploration company that applies Navy sub-hunting technology to oil exploration.

From 1959 to 1982 Bob worked at Texas Instruments where he directed production research for the AN/ASQ-81 helium magnetometer and led the advanced magnetometer research group as a Senior Member of the Technical Staff. He is the inventor of the diode laser pump source for helium magnetometers, the nuclear-free precession helium-3 magnetometer, and the Planar Thin-Film Polarizer and has published numerous papers on ultra-high-performance optical magnetometers for space, Navy, and geophysical applications as well as Strategic Planning for Small Businesses.